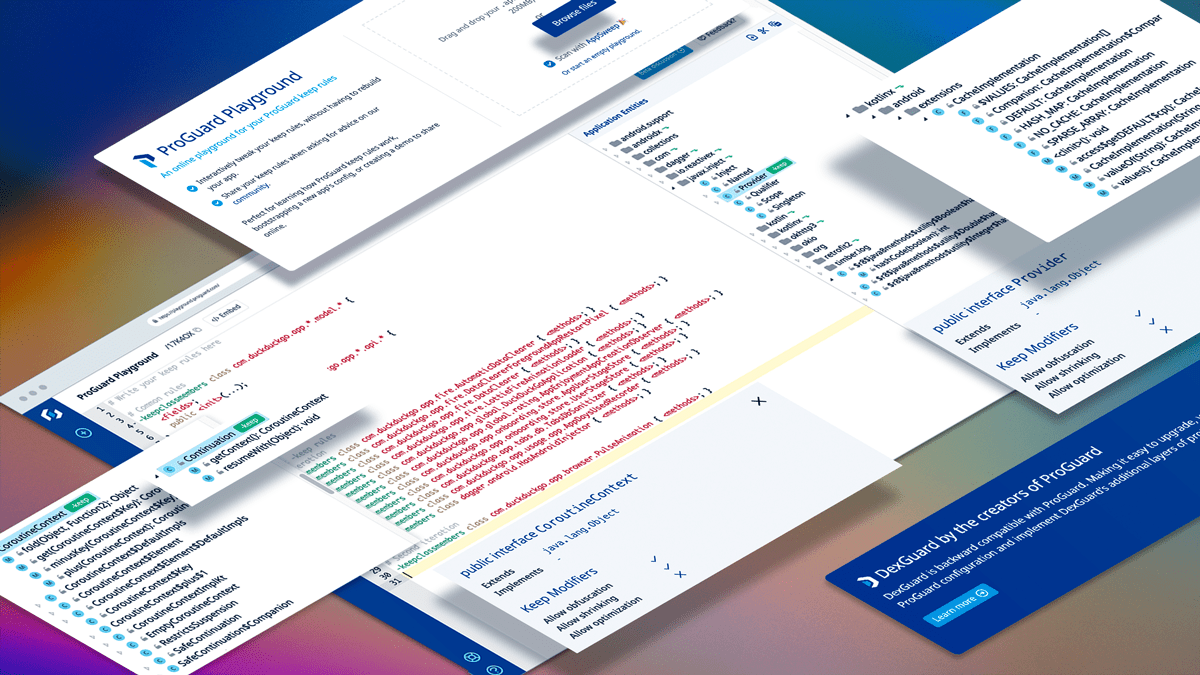 At the beginning of the year, we released our ProGuard Playground in beta and we’ve seen great adoption by the community so far. Since the beta release, over 13000 configurations have been evaluated for more than 1500 APKS.

Whether you’ve been using ProGuard Playground to debug a single keep rule, ask a question on the forum, or evaluate new releases of your app, there wasn’t a convenient way to identify your Playgrounds after creation. To remedy this, we’re introducing named playgrounds, which make it easier than ever to track and share your Playgrounds.

Our goal for ProGuard Playground is to make it a Swiss Army Knife for evaluating what information is kept in your released app. Therefore, we’re merging our Kotlin Metadata Printer into ProGuard Playground, allowing you to investigate which Kotlin metadata your app contains.

Kotlin metadata contains type information about your classes and methods. Most of this information has no immediate Java counterpart, and can’t be directly represented on the JVM as such. An example of this is nullability of method parameters: in Java all method parameters are nullable, but in Kotlin this is encoded in the type system. This Kotlin-specific metadata is stored inside of annotations. Even if your JVM classes are properly name obfuscated, the information inside these annotations might leak the original class names, so it is important to keep track of what metadata is kept in your application. 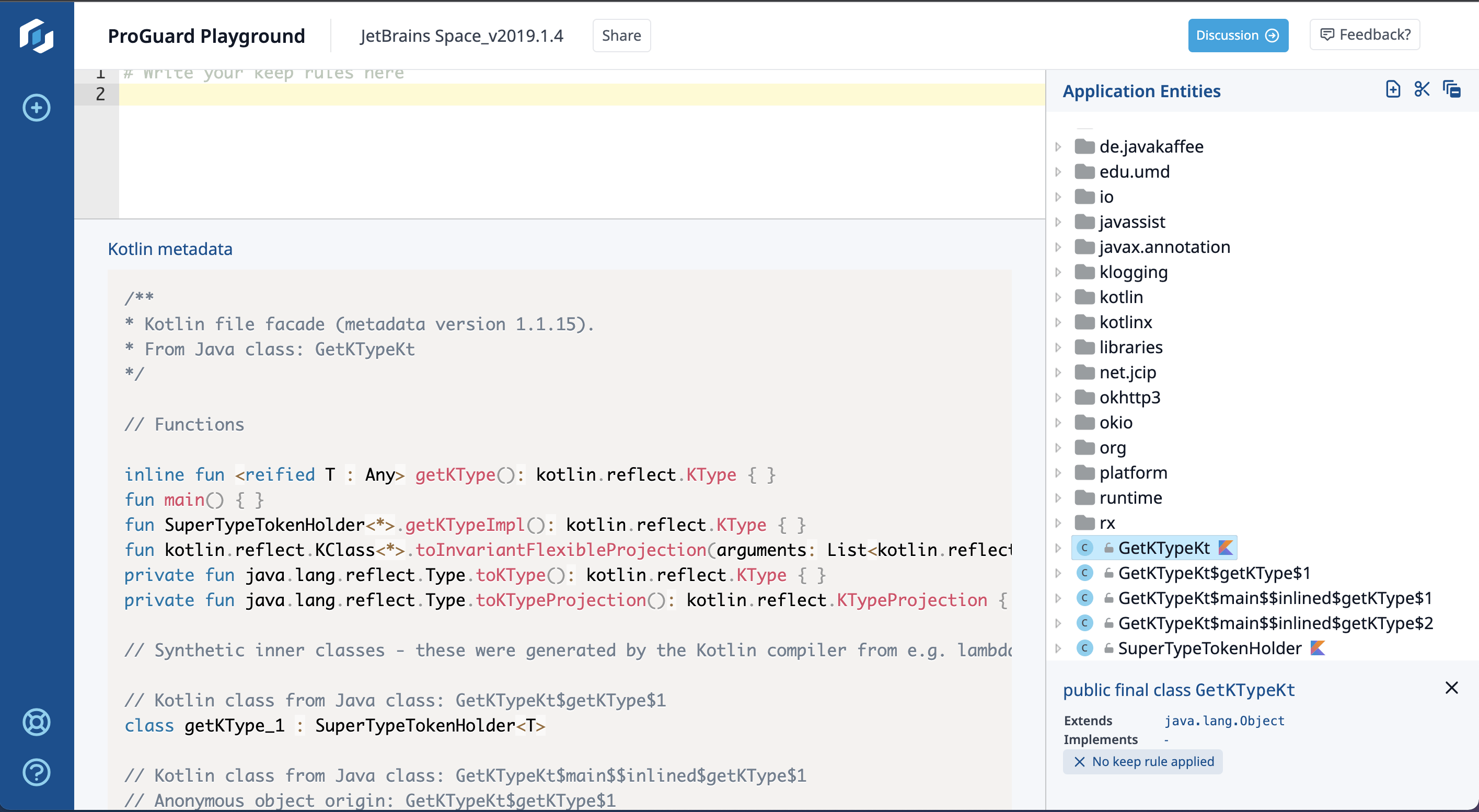 At Guardsquare, we know that ProGuard users take security as seriously as we do. For this reason, we’ve built AppSweep, a developer-focused mobile app security testing tool. AppSweep helps you find and fix security issues in your Android code and dependencies. From now on, with little effort, you can simultaneously analyze your APKs with AppSweep directly from ProGuard Playground and see the summarized results.

Interactively tweak your keep rules, without having to rebuild your app.

Check out the ProGuard Playground >