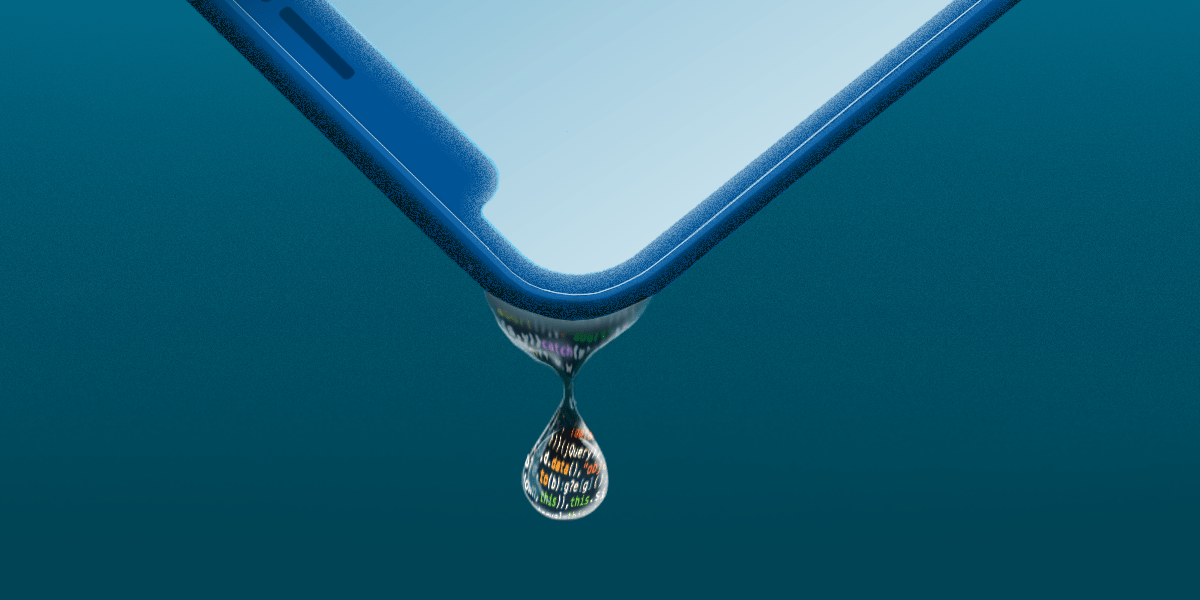 The following blog post explains the potential risk associated with symbols, as well as demonstrate existing mitigations available when creating SDKs and iOS apps. It is Part 2 of 2, and you can read the first blog post here.

Symbols can leak valuable semantic application information to reverse engineers. This includes giving them insight on the inner workings of apps, such as what specific libraries are meant to do and how information is transferred between the main app and the libraries.

This also means that these symbols will point out interesting candidates for function hooking. For this reason, it is important to be mindful of the symbols exposed by SDKs, even for third-party dependencies. In order to better protect your apps against these risks, we recommend hiding and obfuscating these symbols.

The sections below will focus on the importance of limiting symbol exposure in an API and the different ways to achieve this. It will also show how  iXGuard simplifies this process and provides unique protection features that:

In general, symbols that are not part of the public API of your library should not be exposed for the following reasons:

By default, when compiling a C library, the compiler and linker will keep the symbols of all the functions in the symbol table visible.

Objective-C methods are not exposed as public symbols because of the way method invocation is implemented in the Objective-C runtime. However, there will be symbols left that are not strictly needed.

Swift methods are usually called like regular C functions, so the compiler and linker will again generate symbols for these functions. However, unlike the C language, Swift has access control syntax to define the access level for your identifiers. Unless otherwise specified, the default access level is internal.

Using a very simple code snippet, we can demonstrate the default behaviour and how some options available in Xcode affect this. The dummy library below provides a C and an Objective-C API:

After compiling this sample library in Xcode with Strip Style set to "Non-Global symbols," the nm output on the resulting binary will show the following symbols:

The resulting binary still seems to include the symbol for the Objective-C class SecretDecryptionClass that is solely used for internal purposes. Since these OBJC_CLASS symbols are only required for linking purposes, and not the Objective-C runtime, we can safely remove them.

As for the symbols for the internal C functions CDecryptionFunction and printDecryptedData, there is no reason for these to be visible to users outside of the library.

In this section we’ll introduce several techniques to limit the amount of exposed symbols and illustrate them on the previous sample program. We’ll first explain how to make use of existing Xcode options and afterwards show how iXGuard can still improve on these.

In short there are 3 options:

The listed techniques can easily be applied to dynamic libraries, whereas static libraries make it impossible for symbols to be hidden immediately. A static library is an archive of unlinked object files. This means that a lot of internal symbols are unresolved. Consequently, they must first be linked together in order to solely expose the symbols required for public usage.

This can be done by creating a single, relocatable object file. In Xcode, this is a build option called "Perform Single-Object Prelink," which is equivalent to running the linker with the -r flag. Once this is done, everything can also be applied on static libraries.

Using some compiler flags, it’s possible to flip the default symbol visibility. Of course, afterwards developers must mark the symbols which are required to be public. This can be done by annotating public C functions with a visibility attribute:

Objective-C interfaces can be similarly marked:

In order to flip the default, add the -fvisibility=hidden flag to the compiler invocation.

In Xcode this can be set by turning "Symbols Hidden by Default" to yes.

Using nm again, verify only the intended symbols remain in the final binary and there is no mention of the SecretDecryptionClass:

Finally, verify the library still functions correctly by writing a small main application that links against this version of the library:

confirm it still prints "hello world"  twice (once with printf and once with NSLog):

Note that the library did not require a symbol for the secret decryption class (or for the C function, for that matter). Of course, internally, the class and functions are still used. But the Objective-C runtime does not require the symbols; it uses the metadata instead.

When using the exported_symbols_list flag, one should create a file that lists the symbols to keep (note that the "_" prefix is required due to the C-style mangling):

In Xcode this setting is under "Exported Symbols File," where you can list the path to the file.

Using the nm tool, we can see that only the non-listed symbols remain.

We can verify this application still works as intended by linking against the same main application as before. Note that the reverse option is also available through -unexported_symbols_list.

This technique conceals all unused symbols. Because iXGuard has a complete overview of the app and its dependencies, it is also able to determine which symbols should stay visible. This means that you will not need to manually deal with exposing the correct API of any of your (internal) frameworks. This feature is especially relevant when using third-party libraries, since often not all symbols that are exposed by the API of such libraries are used.

The figure above illustrates this case. The dylib.bin exposes several symbols.

In a regular build process, the compiler and linker can not determine which symbols are unused because they can be dynamically resolved. iXGuard will detect that the api_function1 and internal_function symbols are not used, and automatically hide them.

Generally, it is not possible to hide all symbols because the linker must be able to connect calls to external libraries. That is why symbols are vulnerable to leaking valuable app information. Symbol obfuscation solves this issue by renaming the symbols that must remain visible. Thanks to iXGuard’s comprehensive overview, it can rename symbols consistently between the caller and callee.

In the figure above, iXGuard would be able to consistently and randomly rename the symbol for api_function2 on both ends —the dylib and the main application— so that the linker can still resolve symbols, while the semantic meaning is lost. As explained in our  previous blog, this semantic meaning is only intended for the developer, as it is irrelevant to the compiler, linker, OS and Objective-C runtime.

Symbol hiding will —by default— hide all symbols as it is impossible to know which symbols are part of the API. Therefore, a blacklist of symbols must still be provided — just as in any other method or tool you could use,since it's otherwise impossible for any tools to automatically determine which symbols will be required in the future.

Symbol obfuscation for dynamic libraries behaves the same way as for an IPA because, in a dylib, we are also dealing with a Mach-O binary that can load other dylib dependencies. For static libraries, on the other hand, only local symbols will be obfuscated. These symbols cannot be used by the library user later on and are, therefore, safe to obfuscate.

Thank you for reading along during our two-part series on understanding Objective-C metadata and symbols. Hopefully after reading these two posts, it’s clear that there is significant action required on the level of metadata and symbol obfuscation to ensure that iOS apps are properly secured at runtime. Additionally, we hope it is clear how iXGuard can offer apps a necessary level of protection against reverse engineering and other types of code-based attacks.